Companies that change their name generally want to walk away from their past. To start over.

Computer Sciences Corporation didn’t do anything wrong to change their name. But they had been viewed for years as a has-been and an afterthought in the consulting world. Their acquisition of HP’s Enterprise Services business was meant to be a transformative event.

The stock has done nothing but fall since, round tripping all the way to $27 as of yesterday’s close.

At current valuations, the market is expecting returns to collapse. But we’re seeing interesting signs that market expectations may have become too pessimistic.

Welcome To Our First Edition

Each day we’ll highlight one of our embedded expectations analysis that we’re sending to clients that day, sometimes replacing that with other insights from our credit, macro and other research.

DXC Technology Company – Market expectations are for a material decline in Uniform ROA, but management is confident about their pipeline, cloud business, and free cash flow 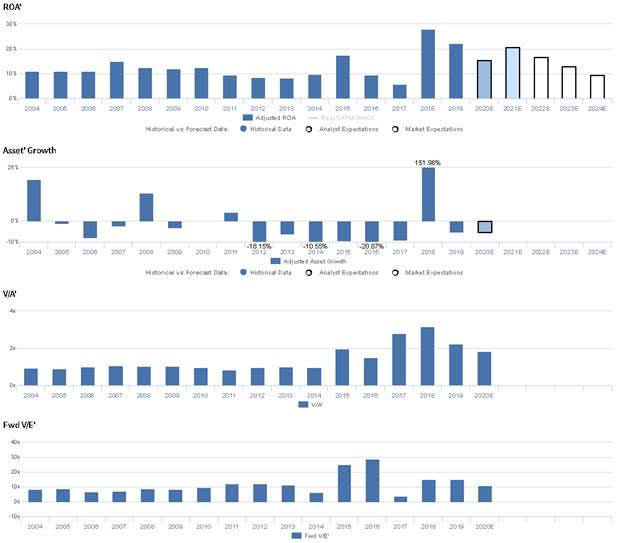 DXC currently trades below historical averages relative to UAFRS-based (Uniform) Earnings, with an 11.0x Uniform P/E. At these levels, the market is pricing in expectations for Uniform ROA to decline from 22% in 2019 to 10% in 2024, accompanied by immaterial Uniform Asset growth going forward.

However, analysts have less bearish expectations, projecting Uniform ROA to only decline to 21% by 2021, accompanied by 5% Uniform Asset shrinkage. 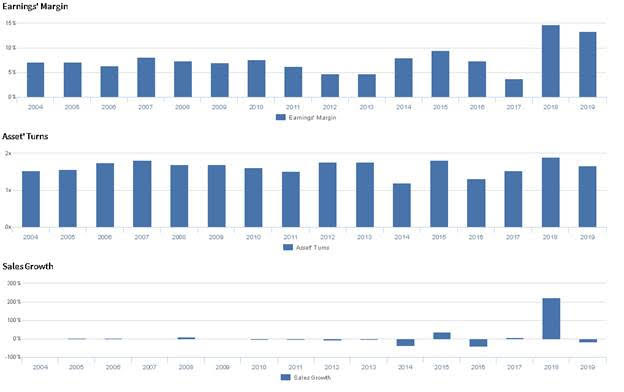 Valens’ qualitative analysis of the firm’s Q1 2020 earnings call highlights that management generated an excitement marker when saying they have repurchased $400 million of shares. Furthermore, they are confident their cloud infrastructure business is growing faster than they expected and that their digital pipeline is strong. Moreover, they are confident in their ability to integrate their products into their customers’ existing IT infrastructure and that their adjusted free cash flow was $72 million.

Uniform Accounting metrics also highlight a significantly different fundamental picture for DXC than as-reported metrics reflect. As-reported metrics can lead investors to view a company to be dramatically stronger or weaker than real operating fundamentals highlight. Understanding where these distortions occur can help explain why market expectations for the company may be divergent.

As-reported metrics significantly understate DXC’s asset efficiency, a key driver of profitability. For example, as-reported asset turnover for DXC was 0.7x in 2019, materially lower than Uniform Asset Turns of 1.7x that year, making DXC appear to be a much weaker business than real economic metrics highlight. Moreover, since 2016 as-reported asset turnover has decreased from 0.9x to 0.6x while Uniform Asset Turns have increased from 1.3x to 1.7x over the same time period, directionally distorting the market’s perception of the firm’s historical asset efficiency.