When Philip K. Dick wrote Do Androids Dream of Electronic Sheep his vision of a post-apocalyptic machine-driven world was vastly different from the technology-driven world we see today.

The idea that machine intelligence would come in the form of androids and human-like robots, who rest and move around like humans has proven to be antiquated in a world of machine learning, quantum computing, neural networks, and artificial intelligence driven solutions for problems as simple as getting from one side of a city to the other, to as complex as modelling out game theory in complex online marketplaces.

Along with many consulting company brands that are well known, like BCG, Bain, McKinsey, Accenture, and Cognizant, to name a few, one company has been a leader in this space.

Genpact stock is up 60% since the beginning of 2017 because they are a leader in this space, and this is unlikely to change.

This Friday, I’m presenting at the Driehaus College of Business at DePaul in Chicago. The free event is at 9am, at the campus in the Loop.

Seating is filling up rapidly, so let us know if you’re interested, and we’ll be sure to save you a seat. You can reply to this email, or email Andy Aronson (andrew.aronson@valens-research.com).

Market expectations are for slight compression in Uniform ROA, but management is confident about margins, revenues, and their market size 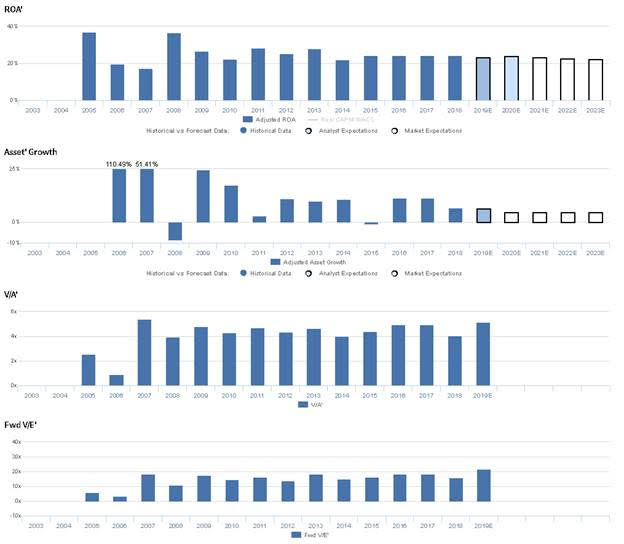 G currently trades near corporate averages relative to Uniform Earnings, with a 21.5x Uniform P/E. At these levels, the market is pricing in expectations for Uniform ROA to decline from 24% in 2018 to 22% in 2023, accompanied by 5% Uniform Asset growth going forward. 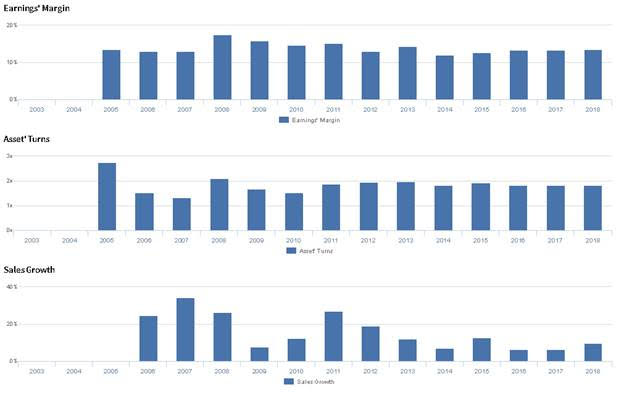 Uniform Accounting metrics also highlight a significantly different fundamental picture for G than as-reported metrics reflect. As-reported metrics can lead investors to view a company to be dramatically stronger or weaker than real operating fundamentals highlight. Understanding where these distortions occur can help explain why market expectations for the company may be divergent.

As-reported metrics significantly understate G’s profitability. For example, as-reported ROA for G was near 6% levels in 2018, materially lower than Uniform ROA of 24%, making G appear to be a much weaker business than real economic metrics highlight. Moreover, Uniform ROA has consistently been 4x-5x higher than as-reported ROA, distorting investors’ perception of the firm’s profitability ceiling.