A Twist to Your Drinks: How does this company position itself as a PREMIUM yet accessible brand? [Monday: Marketing Marvels]

What’s your taste preference when it comes to mixed drinks?

A bit minty and spicy?

Tell us what you want—anything!

Whatever your preference is, this company makes sure that it gives you the flavor you want and deserve! 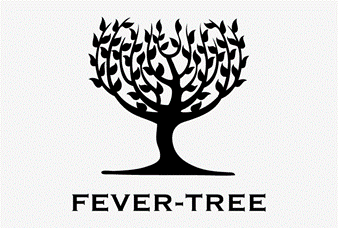 Fevertree Drinks Plc, or Fever-Tree, is a British manufacturing company of premium drink mixers. It was founded by businessmen Charles Rolls and Tim Warrillow in 2004.

Some of the company’s products include:

According to the World’s 50 Best Bars Annual Report in 2016, Fever-Tree is the world’s leading premium mixer brand. As of 2020, the company has distribution networks in more than 75 countries.

What strategies does the company employ to strengthen its position in the drink mixer category?

As the company’s global footprint continues to grow, opportunities remain to ensure its products reflect the drinking habits and taste profiles of consumers all over the world.

In the past five years, Fevertree Drinks Plc has recorded revenues of:

Clearly, the company’s strategies contribute to helping its business expand and grow to its full potential in the drink mixer category.

Fevertree Drinks Plc (FEVR: GBR) makes for a great case study that we come back to regularly. One great reason?

So, how well has Fever-Tree been growing its business in the past years?

The blue bars in the chart above represent Fever-Tree’s earning power (Uniform Return On Assets). Fever-Tree has seen generally robust profitability. Its Uniform ROA ranged from 49% to 108% in the past nine years, or an average of 79%. Uniform ROA is at 87% in 2019.

The orange bars are the company’s as-reported financial information. If you relied on these numbers, you will see a company with terribly understated profitability. As-reported ROA (return on assets, a measure of earning power) only ranged from 6% to 28% in the past eight years. Its ROA in 2019 was only at 19%, far lower than its Uniform ROA in 2019.

The numbers show that Fever-Tree has been doing well and making a profit.

According to Bill Ronald, Fever-Tree’s Chairman, the company was built on the belief that “there had to be a better way to not compromise or accept the status quo.”

This belief remains at the core of Fever-Tree’s operations to inspire and engage its employees, partners, and consumers in the pursuit of the best products and flavors.

That is why the company focuses on quality over quantity in everything it does, even if it means going to the ends of the earth to look for the highest quality ingredients.

After all, why wouldn’t Fever-Tree want to make the most out of its business?

As stated by Ronald, “Life is too short [for the company] to compromise [the quality of its products].”