Get a Mac: How Apple’s minimalist campaign stood out from the competition [Monday Marketing Marvels]

The personal computer is a machine designed to perform a multitude of tasks with ease.

While we may take it for granted nowadays, there was a time when people barely knew what to do on their personal computers.

Now, a world without computers is truly hard to imagine!

There’s still so much room for computers and technology to evolve further. This company continues to push the boundaries of progress through constant innovation and reinvention.

Apple started out as a company that designed and built personal computers.

Their first successful product was the Apple II computer. It stood out from the competition with features such as a cell-based colored screen, efficient design, and great business computing capabilities.

This allowed them to introduce new features and dynamic designs for their new products, keeping their brand competitive and easily recognizable.

Thanks to their products’ sleek aesthetics, Apple products were also trendsetters.

Aside from technological innovation, Apple is also known for their memorable marketing campaigns.

The Apple Macintosh (aka the “Mac”) is the company’s line of personal computers. It’s one of their main products that has generally sold better than their competition. However, in the early 2000s, Mac sales had started to decline.

To help boost their sales, they created a fresh and unique marketing campaign to help people get to know the “Mac” much better.

The US commercial featured actor Justin Long playing as the personified version of the Apple Mac, and humorist John Hodgman as the PC. 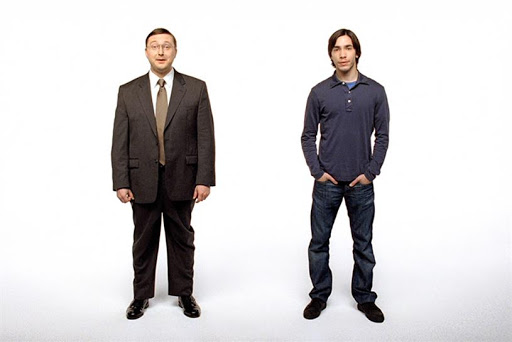 Long and Hodgman would each point out what makes their respective characters “better”.

The commercial was simple.

It showed consumers why getting a Mac is the more exciting choice.

Through the ad, Mac showed that it represented a younger, more creative group of people. Of course this would make Mac the more attractive choice for younger consumers who are planning to buy their own computers.

The campaign was so effective that Apple actually generated a 40% growth in sales of the Mac in 2006!

The campaign ran from 2006 to 2009, helping Apple secure net income increases each year.

Apple makes for a great case study that we come back to regularly. One great reason?

The company has proven itself to be a phenomenal earning power generator.

So, how well has Apple been growing its business in the past years?

The research doesn’t lie—nor do the results. Earning power (the blue bars) continues to show results much higher than what traditional databases show.

The blue bars in the chart above represent Apple’s earning power (Uniform Return On Assets). These numbers have been positive, going over 50% 12 times for the past 16 years.

The global ROA average is just 6%.

The orange bars are the company’s as-reported financial information. If you relied on these numbers, you won’t see the 43% adjusted ROA (return on assets, a measure of earning power) for 2019. You’d just see the company report less that, at 11% as-reported ROA.

The company’s stock price also performed better than the rest of the stock market over the decade, which we can see in the blue line in the chart below. Their returns have been well above the market.

The numbers show that they are doing well and making a profit.

Known for their ability to innovate and set technological trends, Apple has grown into one of the most successful technology companies in the world.

Their products are still in demand thanks to their design, features, and loyal consumer base. Their marketing campaigns, on the other hand, present Apple as a younger and more exciting brand, capturing a wider target audience.

As technology trends come and go, Apple remains relevant and continues their approach to put their own spin on hardware and software.