“Make a plan to make it home.” This brand created buzz through its campaign for safe, responsible travel! [Fridays: Gorillas of Guerrilla Marketing]

“Cigarette smoking is dangerous to your health.”

We’ve all seen and heard these messages at the end of advertisements for cigarettes, medicine, and alcoholic beverages.

While some brands stick to the traditional methods of advertising and reminding consumers of these safety and precautionary reminders, this beverage brand created a shareable video concept that put a fresh twist on the message about responsible drinking.

It was founded in 1876 by Carl Conrad, the person who created the name “Budweiser.” The brand has become one of the largest-selling beers in the US and is now available in over 80 countries worldwide.

As the “King of Beers” (as the brand claims on its packaging), how did Budweiser relay its message that it does not only care about its profit, but also the safety and well-being of every beer consumer?

Through its “Friends Are Waiting” Campaign!

The campaign’s video ad was launched on September 19, 2014 on YouTube and Facebook as part of the Global Be(er) Responsible Day and targeted millennials, particularly those aged 21 to 27 years old, who share content with their friends on social media.

Before releasing the ad, Budweiser carefully planned how it would effectively get its message across to its target audience. It knew that millennials want to experience things in their OWN WAY―the brand cannot force expectations on them or tell them what to do.

Budweiser’s campaign team also knew that messages, advertisements, and statistics on drunk driving have been overly imposed on people to the point of being ineffectual.

The brand didn’t want to end up just telling people something they already knew.

In order for the campaign to be successful, the campaign team decided to tell an emotional story that would compel viewers to take action and inspire them to create their own smart solutions.

Budweiser partnered with global experiential advertising agency Momentum Worldwide to create a story that doesn’t just focus on the repercussions of drunk driving, but also embraces the benefits of making a smart decision.

Momentum Worldwide figured out that one of the best ways to move forward with the plan was to center the story on something that EVERYONE (not just millennials) could relate to—friendship and love.

The “Friends Are Waiting” video tells the story of a man named Luke and his best friend, a Labrador Retriever. The opening frame shows the Labrador puppy being carried home by Luke, its new owner. As the video progresses, the two develop a strong bond as they explore new sights and activities together.

Luke and the dog appear to be inseparable, doing almost everything together such as playing around the living room, walking in the park, or going to the beach. However, their first separation in the video happens when Luke’s friends invite him to go out for the night, indicating that the dog will be left alone at home.

A visible shot of the group carrying a case of Budweiser means they will drink alcoholic beverages. This raises viewers’ suspicion on whether Luke will drive back home while drunk. 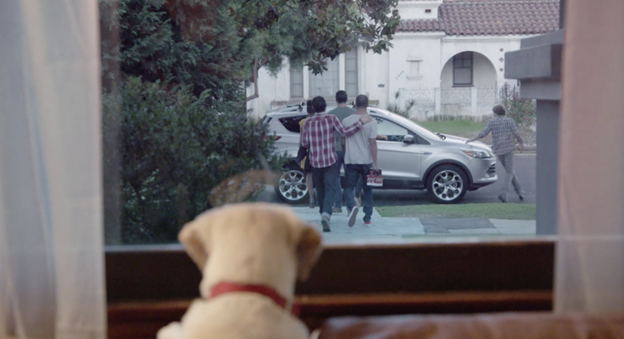 In the next frames of the video, the dog is seen as a lonely and disheartened animal in the house. It lays down near the front door, whining and desperate to see its owner and best friend return home.

The text that follows states, “For some, the waiting never ended,” appealing to the notion that Luke might have gotten into a car accident that night due to his actions. 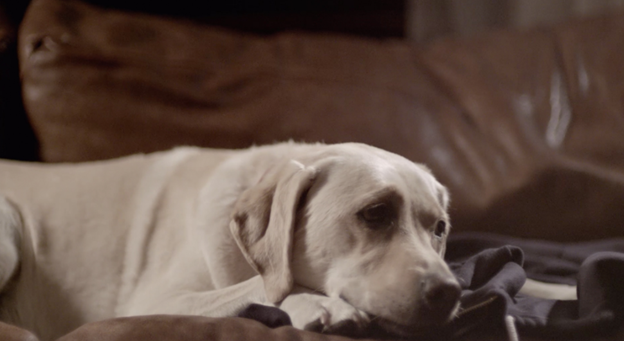 Oops, don’t start crying. The story is not yet over!

After about 20 seconds of waiting, which symbolized one whole night of the dog’s waiting, another text appears on the screen saying:

“But we can change that”

… and is followed by the familiar sound of the front door opening.

The dog’s face instantly lights up at the sight of Luke and starts rushing towards him. The reunion at the end of the video reiterates the message to viewers that in order to maintain their companions’ well-being, it is important they really think about their actions before impulsively risking their lives on the road. 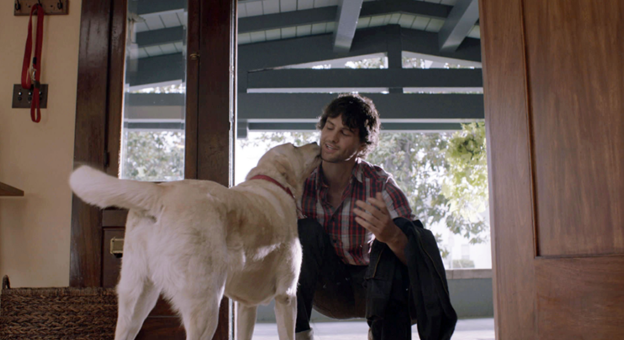 The text that appears after the initial reunion of the two encourages viewers to always “Make a plan to make it home.”

Four days after the release of the video ad, Budweiser recorded 10.8 million views on YouTube and over 87,000 likes and 108,000 shares on Facebook.

The campaign also became Adweek’s No. 2 most watched ad on YouTube in September 2014.

The “Friends Are Waiting” Campaign was even awarded Ad of The Day by Adweek and Ad of The Week by AdAge.

Budweiser’s campaign promoted the common belief that no one should be drinking alcoholic beverages while driving, but conceptualized it in a story that captured the viewers’ attention through emotional (sometimes painful) scenes to further strengthen the message about responsible drinking.

— Drink safely and responsibly so you can always come home to your loved ones.

Besides, if you have a dog as adorable and cute as the one in the ad, as well as loving family members and friends, wouldn’t you always want to come home?