Rewrite The Rules: This brand broke into gender stereotypes and changed mindsets for the better! [Fridays: Gorillas of Guerrilla Marketing]

“Girls should be well-behaved. Boys are expected to act out.”

Do these gender stereotypes sound familiar to you?

According to a Harvard Business School study, stereotypes related to gender hold women back in the workplace and cause them to question their own abilities.

… but who says women aren’t as capable as men?

In June 2014, one brand launched a campaign to prove that girls are far more capable than what others think.

Always is an American brand that is part of the multinational consumer goods corporation, Procter & Gamble (P&G). The brand specializes in feminine hygiene products such as Maxi pads, ultra-thin pads, pantyliners, and feminine wipes.

Fun Fact: Do you know that Always is sold in different names depending on the country where it is launched?

Example: In Australia, Japan, China, India, Philippines, and Thailand, Always goes by the name Whisper. In Italy, it is called Lines and in Turkey, it is known as the Orkid brand.

As a feminine brand, Always’ commitment to empowering girls through puberty education dates back to 1983.

However, in 2013, P&G realized the brand’s purpose was no longer apparent to the new generation of consumers―Always’ communications and marketing teams focused too much on product performance while competitor brands moved on.

Because of this, Always decided to build a “fresh and more meaningful understanding of confidence that would resonate with the next generation of consumers.” 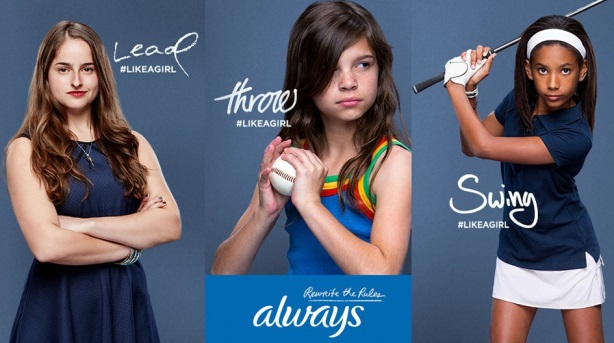 “We set out to champion the girls who were the future of the brand. Girls first come in contact with Always at puberty, a time when they are feeling awkward and unconfident―a pivotal time to show girls the brand’s purpose and champion their confidence.”

To spark a conversation and encourage consumers to participate in the campaign, the creative team created a social experiment that captured how people of all ages and genders interpret “like a girl.”

From there, Always and Leo Burnett Canada set out to redefine women’s confidence and turn the phrase from an insult into an empowerment.

Documentary filmmaker Lauren Greenfield was brought on board to help produce the social experiment video.

During the shooting, Greenfield asked a group of teenagers (both boys and girls) to listen to some instructions and do the first thing that comes to their minds. She asked the participants:

Most of the teenagers in the experiment giggled, flipped their hair, and flailed their arms around―they acted as if “like a girl” was a degrading phrase for someone to have. 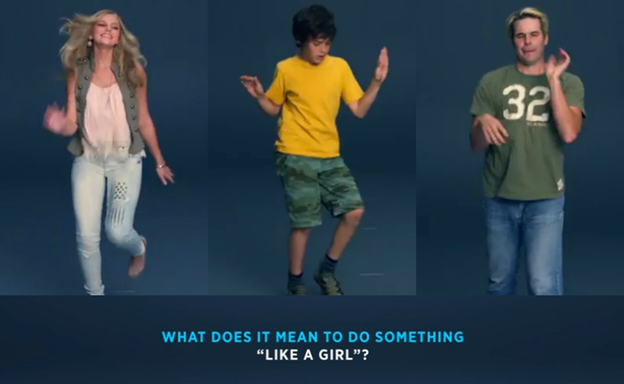 … but the social experiment didn’t end there.

Later on, director Greenfield invited little girls and pre-teens and asked them the exact same questions.

The results were DRASTICALLY DIFFERENT!

These girls didn’t take the orders as insults. Instead, they tried their best to show how a girl should respond to the instructions! 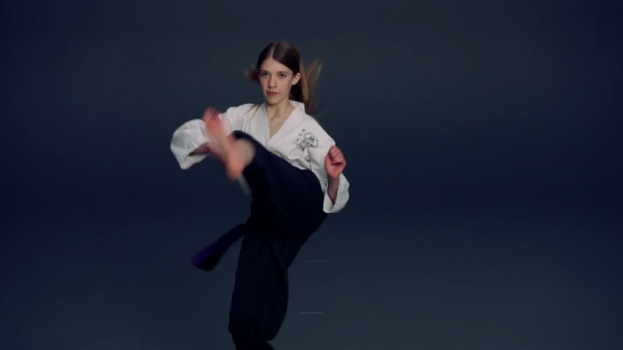 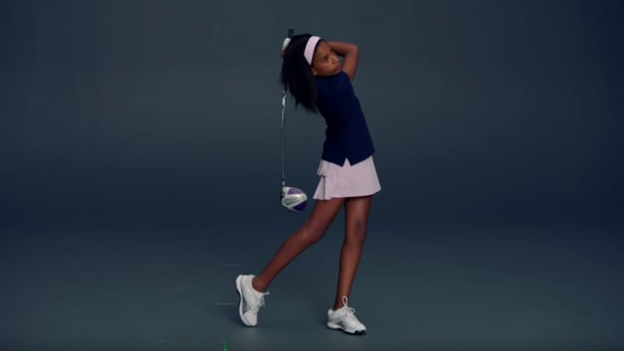 When one of the pre-teens was asked what it meant to run like a girl, she said:

“It means run as fast as you can.”

Ah, don’t you wish we could all harness that childlike confidence inside of us?

After the experiment, director Greenfield asked the teenagers about their reactions when they were asked to do things “like a girl.” Most of them admitted the phrase sounded like an insult.

So… what did Always do to change this mindset?

At the end of the video, the campaign team gave inspiring words about girl empowerment, saying that being born a girl isn’t something women should be ashamed of.

As the campaign’s short film went public, the way people felt about the “like a girl” phrase started to change.

After 3 months, the video garnered more than 85 million global views on YouTube and the Super Bowl XLIX in 2015 ran a shorter version of the ad.

Always’ campaign became one of the most talked about commercials that year!

One day after the Super Bowl event, the American news aggregator and blog site Huffington Post said the ad “won kudos all over the Internet for changing the conversation about what it means to run, throw, and do pretty much any activity ‘like a girl.’”

Here are other results of the campaign:

Did Always receive awards for its outstanding and empowering campaign?

In 2015, the “Like A Girl” campaign won D&AD Pencil awards across 8 separate categories, including Direct Marketing, Digital Marketing, and Film Advertising.

The campaign was also one of 5 projects to win a Black Pencil Award in 2015―and the only one to do so in the “Creativity for Good” category!

In the same year, Always’ “Like A Girl” won an Emmy Award for outstanding commercial.

How did the “Like A Girl” campaign bring positive attention to Always?

First, the ad was not simply about promoting the brand. Yes, the company name was mentioned and shown on the video, but the focus remained on the girls, the audience, and the message Always wanted to convey.

Second, Always and Leo Burnett Canada thought outside the box to get the empowering message across.

Come to think of it.

A written or static photo ad wouldn’t be able to send as powerful a message as the “Like A Girl” video had.

By showcasing real people acting out the behaviors they learned as they transitioned from childhood to adulthood, the campaign was able to show profound moments to which a lot of women can relate.

Lastly, “Like A Girl” empowered not only women, but also people of all ages and genders!

Confidence is a powerful motivator. Those who were involved in the social experiment gained a better mindset about how they wanted to be perceived or how they should perceive women.

Take note of the things that Always did right in its campaign!

Use these concepts to make your audience FEEL GOOD about using your brand’s products or services.

Besides, if you put yourself in your customers’ shoes, wouldn’t you be drawn towards a brand that genuinely cares about its target market?

You and your brand can do that too!

Guerrilla Marketing can be inexpensive.