You can’t stop us! This iconic brand made a mark with its impactful campaign during the trying times. [Fridays: Gorillas of Guerrilla Marketing]

Have you ever dreamt of playing a sport in front of millions of people?

How about playing with a purpose?

Have you had a vision of playing for the world?

This sporting company believes that you can—even in the comfort of your own home!

In the face of the COVID-19 pandemic, this iconic brand remains at the top of its game with a creative and impactful campaign. 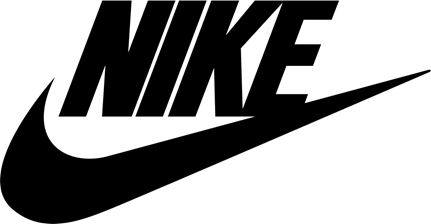 Nike is a sporting brand that is particularly popular for its sportswear and apparel, as well as its association with star athletes like Michael Jordan, Tiger Woods, Cristiano Ronaldo, Maria Sharapova, and Lebron James.

Considered as the world’s most valuable apparel brand as of 2020, Nike’s influence on pop culture is both impactful and longstanding. 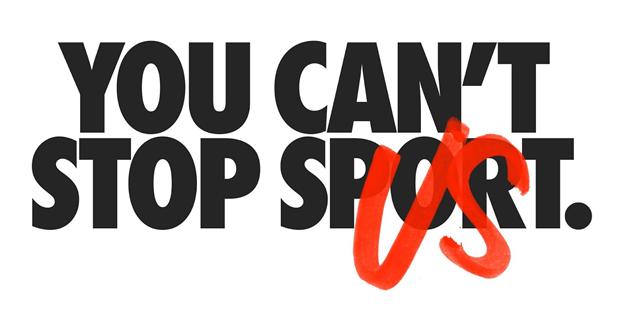 In late March 2020, when the COVID-19 pandemic was just in its early stages, Nike released a digital marketing campaign with the help of ad agency Wieden + Kennedy.

This was the tagline that Nike used in its campaign throughout social media.

In the midst of the pandemic, Nike delivered a relevant and inspiring message: To remain steadfast and united despite the unprecedented upheaval that has affected the world. 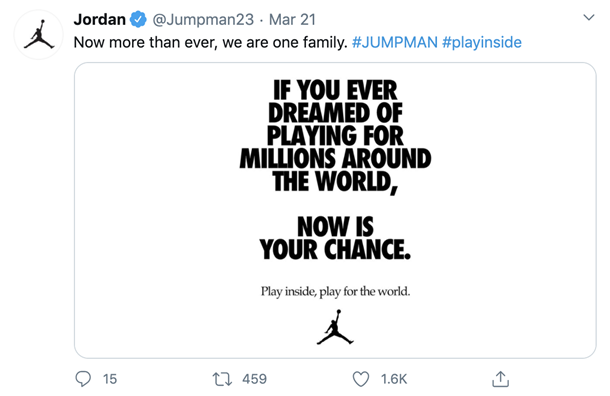 Nike tweeted with a call to “Play inside, play for the world,” which was reposted and retweeted by famous athletes like Michael Jordan.

Following the tweet, the brand released the “Play Inside, Play for the World” video, which featured black and white stills of major sporting locations coupled with footage of various individuals and athletes working out at home. 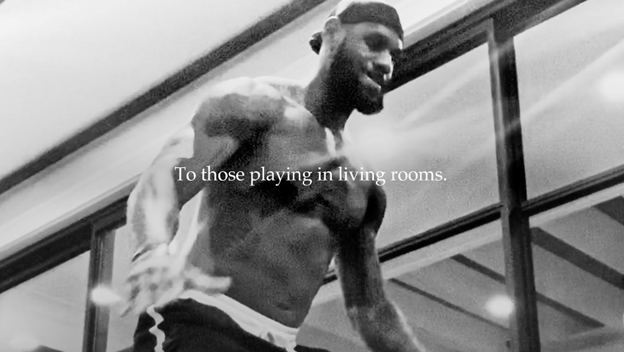 In this video, Nike reminded the public that they can remain dedicated and in shape even while staying at home and practicing physical distancing.

After four months, the brand released more videos under the “You Can’t Stop Us” campaign.

The most viewed and impactful among all of the campaign videos was the one also titled, “You Can’t Stop Us” where 4,000 pieces of official footage from different athletic events were sorted and pieced together to create an editing marvel. 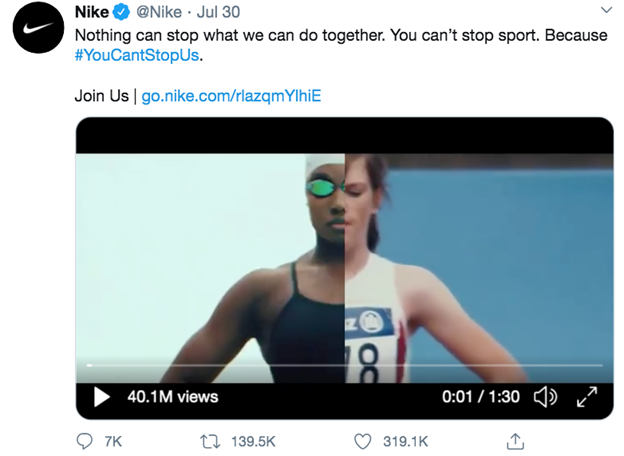 Posted on July 30, 2020, the video opened with a voiceover that said, “We’re never alone.” It aimed to address one of the biggest challenges of this time as people were forced into isolation—that although we may be physically apart from each other, we’re never truly on our own.

The sports footage collected were cut in half and juxtaposed with another to mirror each other almost perfectly.

Many praised both the message and the technicalities of the video, noting Nike’s ability to create a strong campaign without shooting new footage. 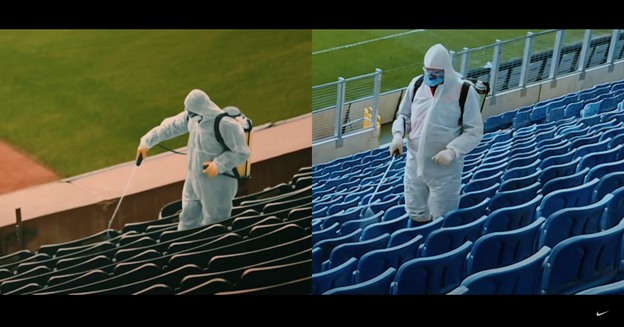 Through this worldwide campaign, Nike empowered its audience and gave them hope during this particular time of widespread crisis. 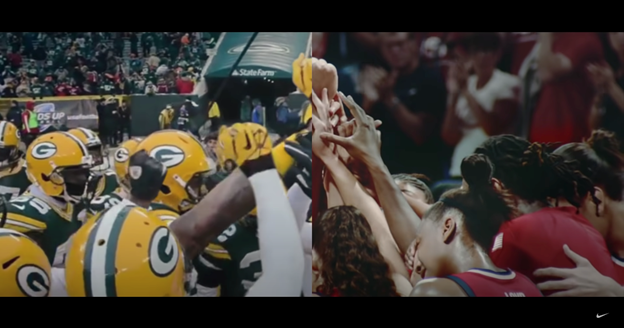 Since the campaign, Nike has been connecting audiences to its fitness apps, website, and social media pages.

Following the campaign’s release, Nike experienced a boost in its online memberships and subscriptions over the quarantine period. In the United States alone, Nike saw an increase in active users of the Nike Training Club App by more than 100%.

In China, the weekly workouts using Nike’s app increased by 80%.

Nike also saw an 82% surge in its online sales from June to August this year, especially for workout equipment and apparel.

As for online interaction and engagement, during the first week of the brand’s store closures, Nike had over 170,000 participants for their live workout classes on Instagram.

The “You Can’t Stop Us” campaign received worldwide acclaim due to its message, inclusivity, and technical mastery. It was praised and featured on multiple advertising and business sites like the United States’ CNN Business, the United Kingdom’s It’s Nice That, Canada’s Beloved Brands, Asia’s Marketing Interactive, and Australia’s Luma Research, just to name a few. 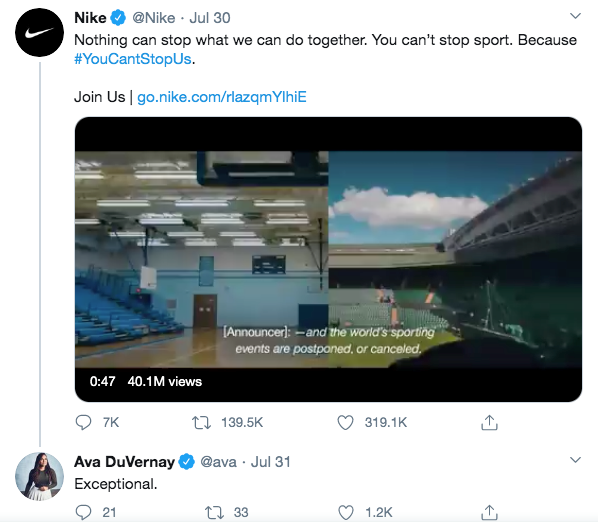 Nike was one of the many brands and companies that took a financial hit during the pandemic. However, due to its strong digital presence, the brand is still experiencing a boost in its online sales as of their latest update in September 2020.

What made Nike’s campaign inspiring was that it was able to address the current health crisis and lift people’s spirits while staying true to its branding as a sports company.

Aside from that, the campaign captured the public’s attention because of the creative team’s ability to collect thousands of sports footage and piece it together to create a great video.

As a business owner or marketer, you and your brand must be flexible with the times. In times of challenges, resourcefulness is an important factor in reaching out to your target market.

Don’t let the current crisis bring you down!

Inspire your audience with quality timely material and provide for them relevant avenues that can help them connect with your brand.